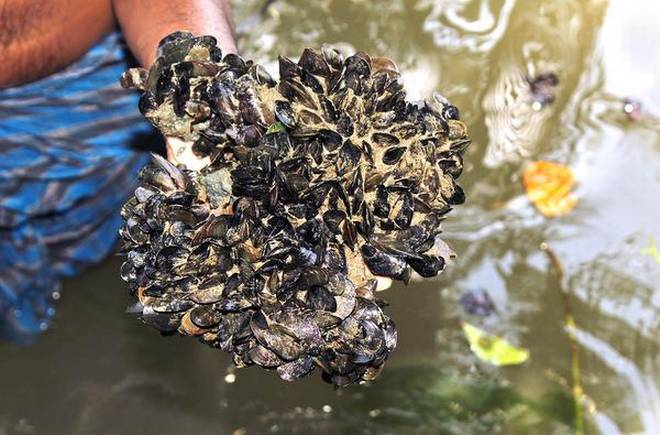 Recently, it has been found that an invasive species named Charru mussel (Mytella strigata), native to the South and Central American coasts, is spreading quickly in the backwaters of Kerala. The proliferation of Charu mussel poses a serious threat to the endemic species diversity of brackish water habitats of Kerala coast.